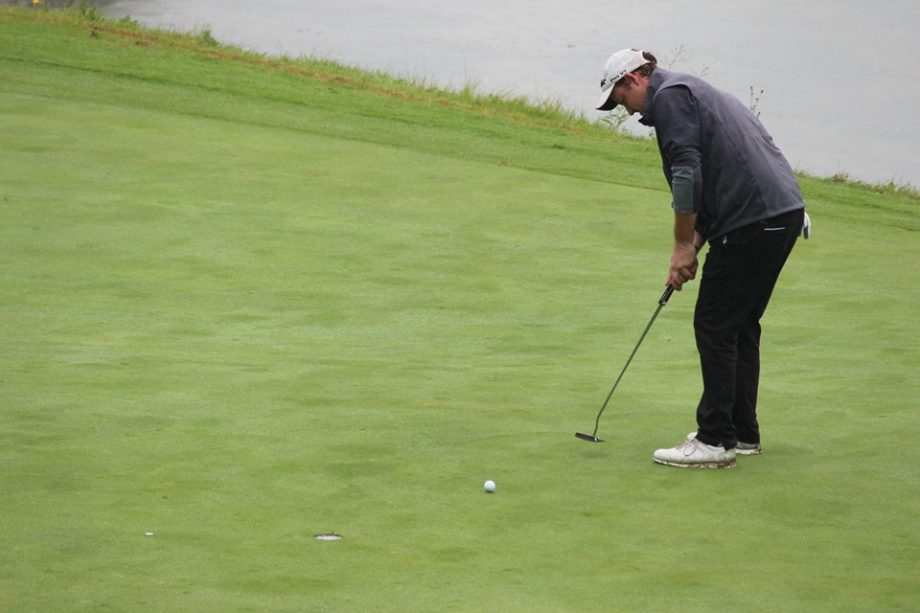 Tottenham, ON — 143 players, Woodington Lake Golf Club, and the return of the Ontario Open. That’s what the light rain welcomed this morning as the field teed off at 8:00 am, looking for glory as they set upon the beautiful track in Tottenham, Ontario.

With vast talent across the board, it was common knowledge that if one wanted to come out on the top of the leaderboard, they would have to strike early. And strike early they did. With some hot play from the get-go, it was only an inclination of what was to come. Despite undesirable conditions, competitive scores and play we’re seen throughout the entire field as they battled it out for the $40,000 purse.

After 18, it was Matthew Scobie (Deer Creek GC) who came out ahead going into the second round. With some impressive play down the stretch, Scobie proved resilience is key to persevering in such a competitive tournament. After a rough start for Scobie with a bogey on 3 and a double bogey right after on 4, the veteran golfer proved his maturity and kept pushing on. Carding back to back birdies on 7 & 8, and another two on the back nine, Scobie was able to come out of the tough round with a score below par, eventually resulting in him placing first heading into the second round.

“It was tough out there,” said Scobie. “The weather definitely wasn’t in our favour but I knew I had to keep on pushing.” When asked about how he feels placing on the top of the leaderboard, he couldn’t help but voice a little excitement.

“It’s a nice feeling,” he said. “I haven’t played much this year, nor did I come to this tournament with the intentions of competing. I just wanted to come out and have fun, but some success is definitely an added bonus.” Scobie would finish the round -1 (70).

Following Scobie was a three-way tie for second, ultimately proving just how close today’s round was. Austin James (Loyalist CC), Blair Bursey (Gander, NL), and Shyamal Nagindas (Aurora, ON) all showcased impressive play throughout the course of the round with scores of +1 (73). Trailing only a single stroke behind the leader, one can only imagine the intensity will only rise in tomorrow’s round.

As for the Amateur portion of the tournament, it was Thomas Giroux (The Club at North Halton), Luke Bigelow (Sharon, ON), and Sudarshan Yellamaraju (Blue Springs GC) all tied for first with scores of +1. They will continue to battle it out for the top spot in tomorrow’s round as well.

Tee times for round two begin tomorrow begin at 8:00. For future results and information on the tournament, visit the official tournament page HERE