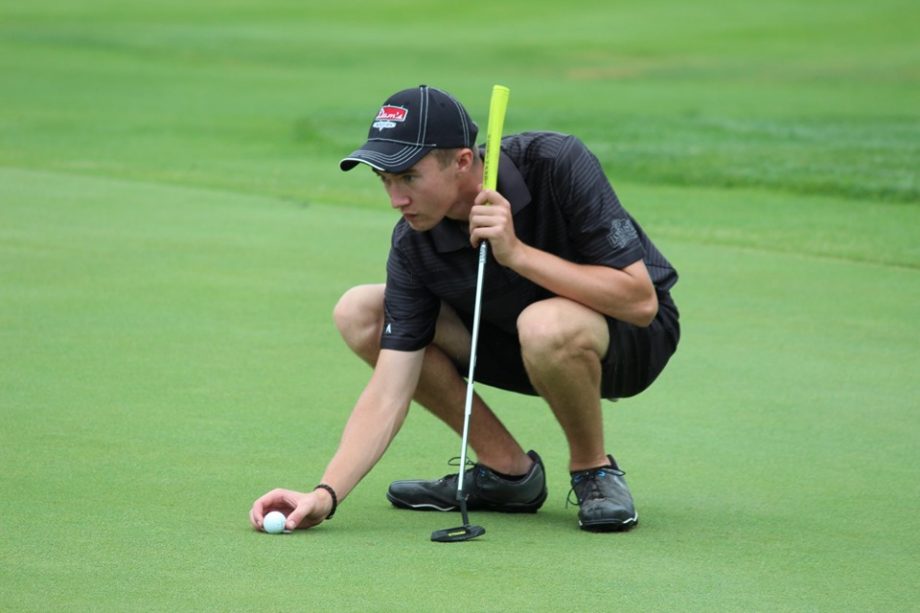 Listowel, ON — On a cloudy and rainy day at Listowel GC, while the girls still have another day until their tournament begins, day one of the annual Ontario Junior Boys Match Play Championship got underway. The tournament got off to a rocky start with an hour and a half storm delay, but despite the inconvenience, the players came out on fire and didn’t allow the poor conditions to ruin their round. With a returning champion and competitive field, the day proved to be highly competitive.

Day One started with 64 of the best junior players in the province, as they took to Listowel GC to try and make it into the round of 16. All eyes were on last year’s champion Cody Clark (Oliver’s Nest GC), who arrived looking for his second title in two years.

After two rounds, Clark proved he came to compete, winning 6&4 in the morning and 3&2 in the afternoon. The question on everyone’s mind entering the tournament was if Clark had the consistency to repeat, and after a strong day one, it’s clear he was focused on silencing the doubters. With some steady play and impressive shots down the stretch, the 18-year-old came out not only to play, but to win.

“I came in here hoping to start off strong,” said Clark. “I wanted to make a few birdies, get my putts to drop, and to overall just play steady. I’m happy with how today turned out.” Clark plans to head into tomorrow with the same mindset, and forget about the pressures of repeating.

“There’s definitely underlying pressure to come back and win again when you’re the reigning champion, but I’m trying to not focus on that and to just have fun out there. That’s the most important thing.” Clark will face off against Josh DiCarlo (Pointe West G) tomorrow.

While Clark was busy taking care of business in his first two rounds, Luke DelGobbo also had an impressive showing, winning his first match 9&8 (the best score of the day) and his second 7&5. He heads into tomorrow’s round facing off against the talented Michael Jiang (Station Creek GC), looking to continue his momentum from today’s success.

Play will continue tomorrow at 8:00am, where the remaining 16 players will look to move on to the third and final day.

The Ontario Junior (U19) Girls Match Play Championship is set to kickoff Wednesday, August 7th. The best junior golfers in the province will head to Listowel GC to decide who the best female junior golfer in Ontario is.

It was two time champion and Team Ontario member Hailey McLaughlin who was crowned victorious last year, beating out Manuela Rincon Torres (Galt CC) 2&1 in the final match. But unlike the boys portion of the tournament, McLaughlin will not be returning, allowing someone else to fill her shoes as champion. With a top spot for the taking, many of the girls will be coming surely be coming in hot, looking for a championship of their own. They will arrive Wednesday morning at Listowel, looking to conquer the challenging track.

Tee time is set for 8:00am tomorrow. For future results and information on the tournament, visit the official tournament page HERE