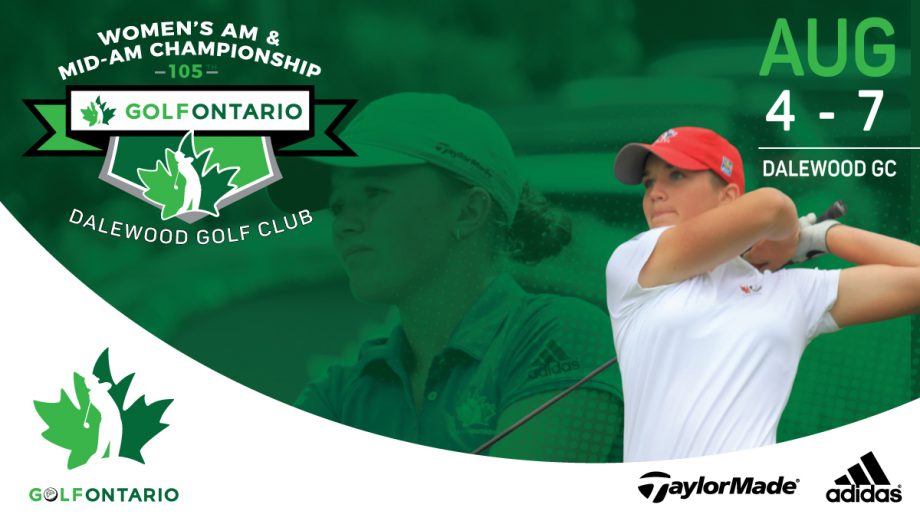 Dalewood, ON – Teeing off the start of August, Golf Ontario is excited to welcome the Ontario Women’s Amateur and Mid-Amateur Championship to Dalewood Golf Club from August 4th to 7th.

Designed by renowned Canadian architect C.E. Robbie Robinson, Dalewood Golf Club is a premiere 18-hole championship golf course. The par 71 course offers a well-groomed, picturesque setting with over 50 bunkers and 3 ponds located on the course, with Gages Creek coming into play on several holes. As a first-time host of the Ontario Women’s Amateur and Mid-Amateur Championship, Head Golf Professional of Dalewood Golf Club, Brad Pemberton, said “it’s always a privilege to host championships on our property and we are thrilled to welcome the top Women players in the province here”. Pemberton continued to say “it’s a challenging course, especially with the creek that passes through about a dozen times. The greens are big, some as large as 50 yards back to back, so accurate iron play and putting will be key”.

First tee off of the day for round 1 on August 4th is set for 7:30 a.m. To follow the leaderboard, click here.