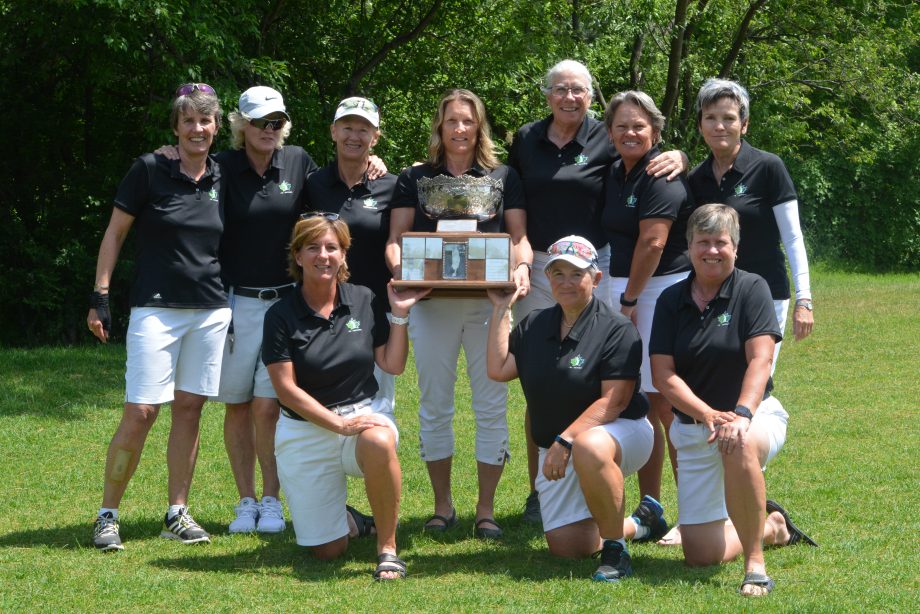 Missisauga, Ontario – This year, the annual Ada Mackenzie Matches between Teams from Upper New York and Ontario was held at Toronto Golf Club.  Ontario clinched the win once again, with two completely show-stopping rounds of golf.  In the first round, which is held in Chapman-format team matches, Ontario won 4 points while Upper New York won one.  The Ontario pairings of Terrill Samuel and Ivy Steinberg, Chris Critelli and Debbie Court, Judith Kryinis and Theresa deLuis, Mary Ann Hayward and Jennifer Lavis each got one point in the first round, and the pairing of Tammy Blyth and Pat Mayne from Upper New York got one point as well.

In the second round that includes Better-Ball Matches paired the following players Ontario’s Mary Ann Hayward and Theresa DeLuis 2.5 points vs Upper New York’s Karen Felman and Kim Kaul 0.5 points.  Ontario’s Terrill Samuel and Allyson Harrison had an extremely strong round with three points being awarded to them, as well as Ontario’s Judith Kryinis and Jennifer Lavis being awarded three points as well, while their respective competitors from Upper New York Teresa Cleland and Jan Lavigne, as well as Tammy Blyth and Pat Mayne were not awarded any points for the round. Ontario’s Debbie Court and Ivy Steinberg were awarded half a point while their playing partners were awarded two and a half points. Finally, Marion Reid and Chris Critelli ensured a win with their two points versus their competitors Susan Kohler and Nancy Kroll’s 1 point for the round.

The beautiful and historic club was an amazing venue for the players, as the rich history of the golf course dates back to 1876, when it first opened its doors as the third golf club to open in Canada, the United States as this time had no golf courses, so it was also the third course to open in all of North America. The Club celebrated its 125th Anniversary in 2001, and will soon be approaching 150 years as a golf club in 2026.

Canada’s third oldest golf club was an excellent golf course for the Ada Mackenzie Matches whose namesake Ada Mackenzie was considered a dominant golfer on the Canadian scene in the 1920’s.  She won many championships, provincial tournaments, and other competitions throughout her life.  The Ada Mackenzie Matches have been conducted since 1960 and are an annual team event with Upper New York.  The format for the completion consists of two match-play rounds. The first day consists of Chapman-format team matches. Chapman which occurred on the first day of the tournament, is where both players drive, then hit each other’s tee shot for the second shot, before the best ball is selected and players play alternately on the selected ball for the remainder of the hole.  The second day, sees morning Better-Ball matches, followed by the trophy presentation to the victorious team. Ontario is the defending champion at the event.

View the photo album for this event on Flickr here.

Golf Ontario would like to thank the Toronto Golf Club for their facilities and excellent service over the course of this championship, as well as all the players who competed from Ontario and Upper New York.