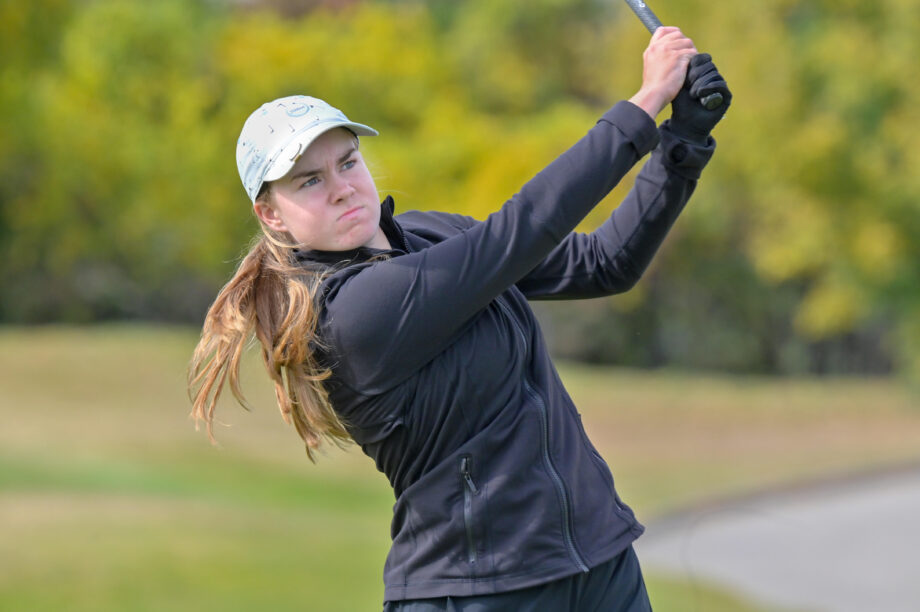 Windsor, ON – Opening round of the third annual Junior Tour Championship from the 2022 Ontario Provincial Super Camp presented by Foresight Sports at Ambassador Golf Club saw players battling high winds and scattered rain in an effort to top the leaderboard after 18 holes. The camp field, featuring the top 54 junior boys and girls in the province, battled cool and windy conditions all day on the always challenging course.

Emily McKee (St. George’s Golf & Country Club) takes a three-shot lead after day one on the girl’s side thanks to four birdies and a stellar eagle on the 15th hole to shoot even par (71). Wendy Li (Summit Golf & Country Club and Aryn Matthews (Bigwin Island Golf Club) sit tied for second at 3-over after matching 74 rounds. Kelly Zhao (Station Creek Golf Club) finds herself fourth, shooting a 4-over (75), with five more players right behind Zhao at 5-over.

The boy’s side ended up with a packed house topping the leaderboard, with five players shooting a 1-over (72). Dylan Weber (Galt Country Club), Zach Smith (Brampton Golf Club, Andrew Lee (The Club at North Halton), Jax Sisson (Pointe West Club) and Marshall Bath (Oshawa Golf & Curling Club) all share the lead after day one with matching 1-over scores (72). Avery Mahoney (Hamilton Golf & Country Club) and Matthew Rastogi (Meadowbrook Golf Club) both site one stroke back at 2-over (73).

Shot of the day belongs to Zach Smith, currently tied for the lead, who dropped in an amazing hole-in-one on five (his 14th hole of the day as boys started on the back nine). The Team Ontario member promptly followed it up with back-to-back birdies.

Competitors of the annual Ontario Provincial Super Camp and Tour Championship are battling for the Dave Mills trophy. The trophy, first handed out in 2021, was named in honour of Mills, a past Golf Ontario Executive Director and huge supporter and advocate for junior golf, who presented the first-ever Tour Championship trophy in 2020.

The 54 top junior boys and girls invited to compete at the 2022 Ontario Provincial Super Camp presented by Foresight Sports Canada have earned their spot in the Tour Championship based on the Junior Golf Pathway Rankings. “This is the culmination of the Junior Golf Pathway Rankings and an opportunity for the best junior golfers in Ontario to battle it out to see who finishes on top and earn all the accolades that come with it.“, explained Reggie Millage, Head Provincial Coach of Team Ontario.

Tee times for round two start at 8:30 am Thursday morning. For more information on the 2022 Ontario Provincial Super Camp Presented by Foresight Sports and Tour Championship, visit our Golf Genius page.