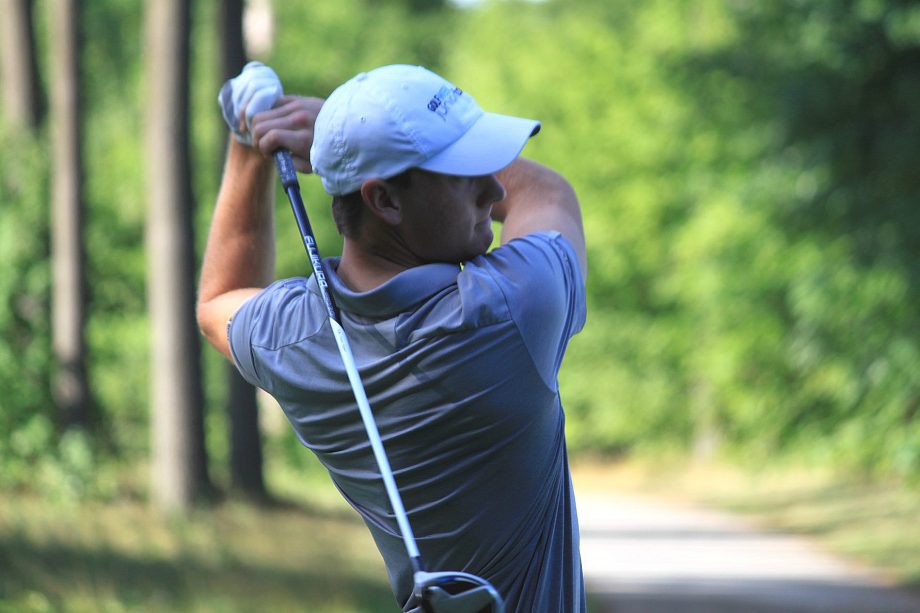 Otterville, ON – A cool, calm morning kicked off round 2 of the Ontario Men’s Amateur Championship from Otter Creek Golf Club. The temperature would quickly rise, as did the play of the players, in an exciting day on this 98th playing of the prestigious competition. We had many more players in red numbers today with calmer winds and players learning the course.

Taking the lead today with a stellar bogey free round was Robbie Latter (Credit Valley G&CC) who now leads the Championship with his strong four-under round today, including 4 birdies. Latter now sits at two-under overall after two days for a 2 shot lead. Charles Fitzsimmons (Thornhill Club) and local favorite Peyton Callens (Otter Creek GC) both fired solid 3-under pars today to follow closely behind at even par total after two rounds. Jackson Bowery (St Thomas G&CC) and Thomas Code (Highland CC) sit four strokes back with two round totals of 2 over.

Round two leader, Latter (a former member of Team Ontario), said after “my round felt really solid, having no bogeys and no real hiccups…it all just came together”. When asked about his game plan for moving forward in this highly touted competition, Latter reflected “just keep it going, keep rolling… this is really cool as it’s the Provincial Amateur Championship, which has always been a goal of mine”. Latter is currently heading into his second year at Southern Mississippi, Majoring in Business Administration after spending two seasons with Team Ontario.

After Golf Ontario makes the cut tonight down to 42nd and ties, tee times for the third round begin Thursday at 7:30 a.m. With 17 golfers within 6 shots of the leader, it should be a very interesting last 2 days of the championship. For future results and information, please visit the official championship page here.