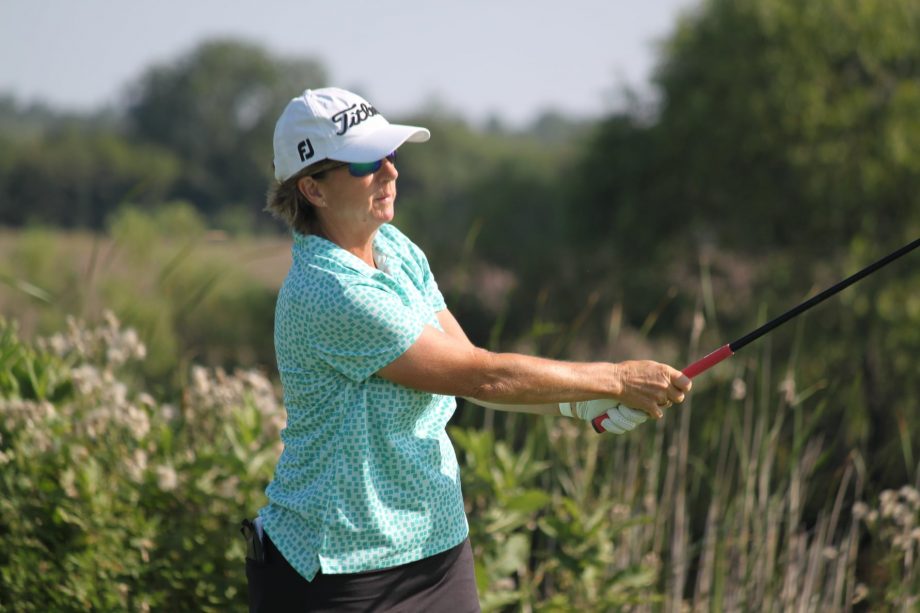 Whitechurch-Stouffville, ON – Round two of the Ontario Senior Women’s Championship, presented by Durham Artificial Grass, from Spring Lakes Golf Club (North Course) teed off in a similar fashion to round one, under beautiful clear skies. Players were looking to make some moves heading into the final round scheduled for Thursday at 8am.

Leading after the 36 holes is three-time Ontario Senior Women’s Champion, Judith Kyrinis (The Thornhill Club) after shooting a stellar 2-under (69) including 4 birdies. 2020 Champion Terrill Samuel (Weston G&CC) sits seven shots back after a 4-over (76). Helene Chartrand (Summerlea Golf Club) sits in third 12 strokes behind after a solid 3-over (75) second round.  Fourth and fifth place positions are respectfully held by Marion Reid (Islington GC) at +17, and 2008 and 2009 Champion Ivy Steinberg (Granite GC) at +19 (161).

The third and final gets underway Thursday, August 5th at 8:00 a.m.. For tee times and leaderboard information, check out our Golf Genius webpage here. For media coverage of the championship, please visit the Golf Ontario Facebook page and view photo albums.