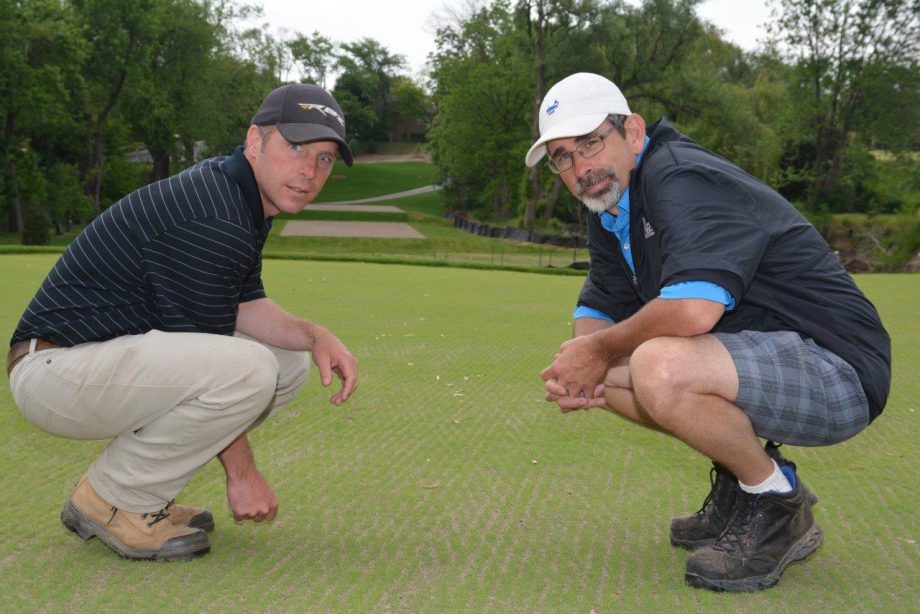 TORONTO, ON – There’s something about turning a negative into a positive that strikes architect Ian Andrew’s fancy.

Actually it is two negatives – the summer flood from 2013 and the coldest winter in decades in 2014 – that wreaked havoc on the course that Stanley Thompson designed for Islington Golf Club in 1922 and many others in Ontario.

While it’s easy to blame the double-whammy on Mother Nature’s mean streak, it’s the membership’s positive and timely response to the adversity that energizes the noted Canadian golf course architect when it comes to the renovations and repairs that have taken place and that will continue throughout the summer.

“These are challenging situations for memberships to deal with, nobody wants to lose their golf course for an entire summer, but in this case the membership has planned for the long-term viability of the golf club,” says Andrew, who was disheartened by the dramatic winterkill when he first saw the course in April.

In December, a winter storm first covered Islington GC with a blanket of four to six inches of ice that didn’t melt until well into March. Extensive amounts of turf on its poa annua greens and fairways died due to the harsh winter conditions that included three freeze/thaw cycles. In response, on May 26th, the membership voted 86 per cent in favour of rebuilding all greens to USGA standards, renovating the majority of the green side bunkers and revamping the practice area to include a netted practice range and short game area with two bunkers and two greens.

The one green that isn’t being rebuilt this spring, No. 11, was rebuilt with Luminary creeping bentgrass last summer after the flood. It came through the winter with barely a scratch, said Superintendent Ian McQueen. Reconstruction of the greens and bunkers started the day after the vote and Andrew expects to have all greens rebuilt and seeded by July 31st. The clubhouse remains open for business, but the range is also closed for renovations until at least the fall, while members continue to play golf on temporary greens. The renovated course is slated to open for play in May 2015.

As a very early Thompson layout, Andrew says the original routing of the course demonstrates Thompson’s innate ability to make the most of the land and its features, but overall it was understated – with little drama when it came to bunkers. Over time, several architects left their finger prints on the course adding bunkers and altering tees and greens here and there. As a result, the work Andrew is doing at the club is not purely a restoration of Thompson’s original design. It’s a renovation that preserves some of Thompson’s original work and also builds upon the various evolutions of the golf course over the years.

“When push comes to shove, you must solve issues of ice and drainage and that too has brought about a few alterations designed to protect the club from going through this again,” says Andrew, who has been the Club’s consulting architect since 2010. “There is some pure restoration, but with nine greens previously renovated by other architects and superintendents, there are also some changes being made to have those greens become more appropriate for a Thompson course.”

Last summer, Islington GC was ravaged by a July rainstorm that dumped five inches of water throughout the course in the span of two hours. It devastated the course and Andrew was enlisted to rebuild the 11th green after half of it went missing. He also rebuilt the greenside bunkers on holes No. 4, 6, 8, 10 and 11 as a result of severe washouts and contamination. The Club also approved rebuilding the par-3, 15th hole. This spring they moved the green 30 yards away from Kipling Avenue and raised it into a better growing environment. The result is a striking new hole that will add more challenge to the closing stretch of holes. That work was completed in mid-June and No. 15 will reopened this fall.

When it comes to greenside bunkers, Andrew is taking out a total of three on No. 1, No. 2 and No. 6; he’s adding two on No. 5 and renovating 16 others. It’s interesting to note that there are no bunkers whatsoever on the three closing holes at Islington and that’s the way Andrew will leave it.

Over a two-to-three week period Andrew spent an excessive amount of time sketching in his office or doodling on his front porch to find a solution for the troubling sixth green. In the end, after 11 doodles and three fully worked out concept designs, an out of the box answer he had never dreamed of in the beginning of the process finally came. “Every once in a while a solution comes and you can say to yourself, “That was clever, I earned my keep today.” and that’s what happened with No. 6 when I drew it without the left front bunker,” Andrew says.

Creating something exciting, new and positive out of two game-changing blows from Mother Nature reenergizes the Club for growth and renewal. As one of the premier, private Club’s in the Greater Toronto Area, Islington is charging forward as a confident membership continues to foster a solid foundation upon the gem Thompson first designed over 90 years ago.