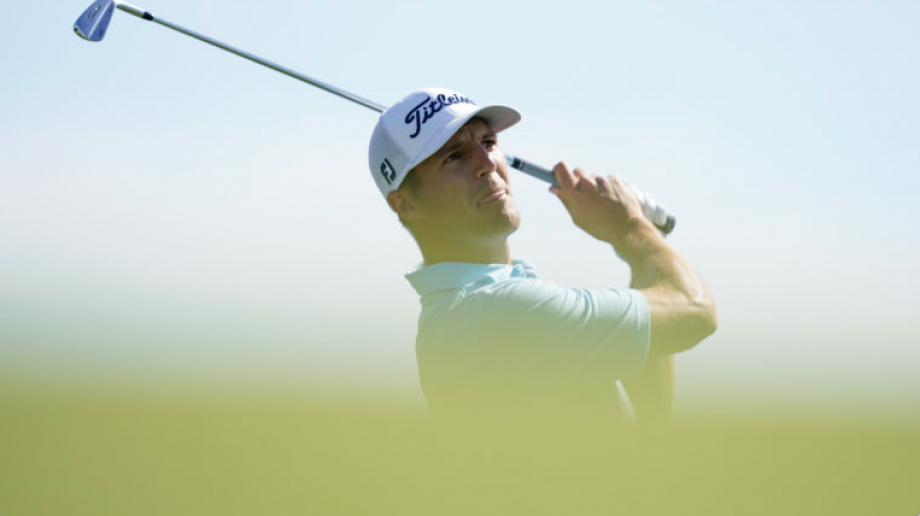 The competitors tee off from 7:30-2:20 on Tuesday, and the Superstar pairing of Garrett Rank, Ashley Chinner, and Marc Savard tee off at 12:20 on Tuesday.

Garrett Rank, from Elmira, ON is an NHL referee, was a member of Golf Canada’s National Men’s Team from 2012-2014, and 2018 US Open competitor.  He also golfed with Team Canada in the Pan American Games in 2015, as well as winning the Investors Group Men’s Mid-Amateur Championship in 2015. He looks to win the Investors Group Men’s Mid-Amateur Championship again this year.

Garrett Rank had a hat trick at the Canadian Mid-Amateur championship, winning it three times in a row and finished runnerup in the 2012 U.S. Mid-Am. Winning the Canadian Mid-Am got him a ticket to three RBC Canadian Opens, making the cut in 2016. (Last year, he played the par-3 seventh hole, made to look like a hockey rink, in a referee’s sweater).

This season, despite being limited to less than a dozen rounds of golf during the winter as he worked 73 regular-season games in the NHL, he qualified for the U.S. Open with a pair of 71s at the Ansley Golf Club’s Settindown Course in Atlanta.

Rank, has been one of the popular stories in the early days of the tournament. Coming off his second full season as a referee in the NHL, he has been a media darling. He was the first player in the media centre on Monday and has done a steady stream of interviews since.

The 30-year-old deserves all the attention he has been getting, from winning a battle with testicular cancer in 2011 to putting together an impressive amateur career to establishing himself as a referee in the best hockey league in the world.

With the spotlight turned on him, Rank has been taking the opportunity to spread the word Canada isn’t just about hockey.

“Yeah, growing up in Canada, you’re kind of born with a pair of skates on your feet, so hockey is probably our number one sport. But golf is getting there,” he said. “I’ve had a great opportunity with Golf Canada for three years on their Canadian Men’s National Team and have represented them in many international competitions. Obviously, I owe a huge debt to them. I wouldn’t be here without the guidance and support their staff has given me.”

Rank’s coach, David Smallwood, said what Rank has done getting here is remarkable for a guy who has a full-time job.

“You know what? For somebody who spends 72 nights dropping a puck, this is a part-time gig for him. He gets a few opportunities (to play) when he refs some Florida games and some mini-camps with me in Florida. We’d like it to be a couple more, but he’s busy with all the travel and stuff.

“It’s not the best situation to be able to come out here and compete with the best players in the world, but he’s a helluva an athlete, a helluva player and a helluva guy. When you have talent, you have talent. Is he as sharp mentally? Does he not question stuff because he’s a little rusty or not? He’s had three or four tournaments in the spring. He’s had some playing time. He just hasn’t had the range time.

The Investors Group Ontario Men’s Mid-Amateur championship is a 54-hole competition featuring Ontario’s best golfers age 25 and older that have gained entry into the event through one of nine qualifying tournaments or through an exemption. Competitors age 40 and over also compete for the Ontario Men’s Mid-Master division trophy. Contested annually since 1993, past champions of the event include Ontario Golf Hall of Fame members Stu Hamilton and Kelly Roberts, Dave Bunker, Graham Hill and Drew Symons.