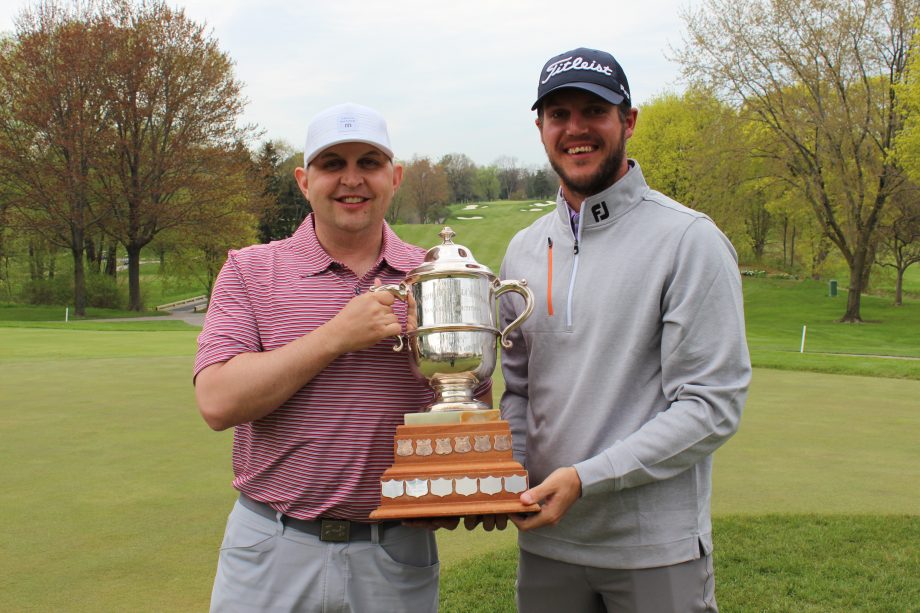 Toronto, ON– On May 16th, the Ontario Men’s Better-Ball Championship was held at Oakdale Golf and Country Club. The 61st running of the event was again well contested with 54 teams looking to emerge victorious.

At the end of 18, Garrett Rank from Westmount Golf and Country Club, and Mike Roberts from Whistle Bear Golf Club had carded a seven-under (65) to lead the charge and take home the championship. The tournament proved to be competitive, with only a two shot difference separating the first place duo, and a five way tie for fifth.

Rank, being a heavy favourite in the tournament, was helped by Roberts on a few occasions as Roberts had some great shots to push them past their opposition. It’s likely the tournament would have gone to a playoff if it weren’t for Roberts’ spectacular shot off the rough to chip it right into the 15th hole. Even though he was a huge part of the win, Roberts stayed humble when asked about the win.

“Recruiting Rank was probably my biggest contribution to the team,” joked Roberts. “But in all seriousness, it was a great tournament with great competition. For my first time playing at Oakdale, it was a fantastic experience.”

Following closely was Michael Forbes and Ryan Tsang, both from Cedar Brae Golf Club. The duo shot six-under (66), only one shot behind Rank and Roberts. The duo pulled close near the end of the tournament but couldn’t complete the comeback.

The tournament was a tight race throughout, but with some steady and accurate shooting, Rank and Roberts hoisted the trophy as 2019 Ontario Better-Ball champions.

Full results can be FOUND HERE

For all the photos from the day, CLICK HERE

Golf Ontario would like to thank Oakdale Golf and Country Club and their staff for helping to host an excellent event. We would also like to thank all of the golfers who participated, and for their terrific competition that made this year so exciting. Thanks also to the Golf Ontario volunteers for their continued support of golf in the province.

The next Golf Ontario championship will be the Junior Spring Classic (U19) Championship, taking place on May 18th-20th at Wooden Sticks Golf Course, and Brockville Country Club.