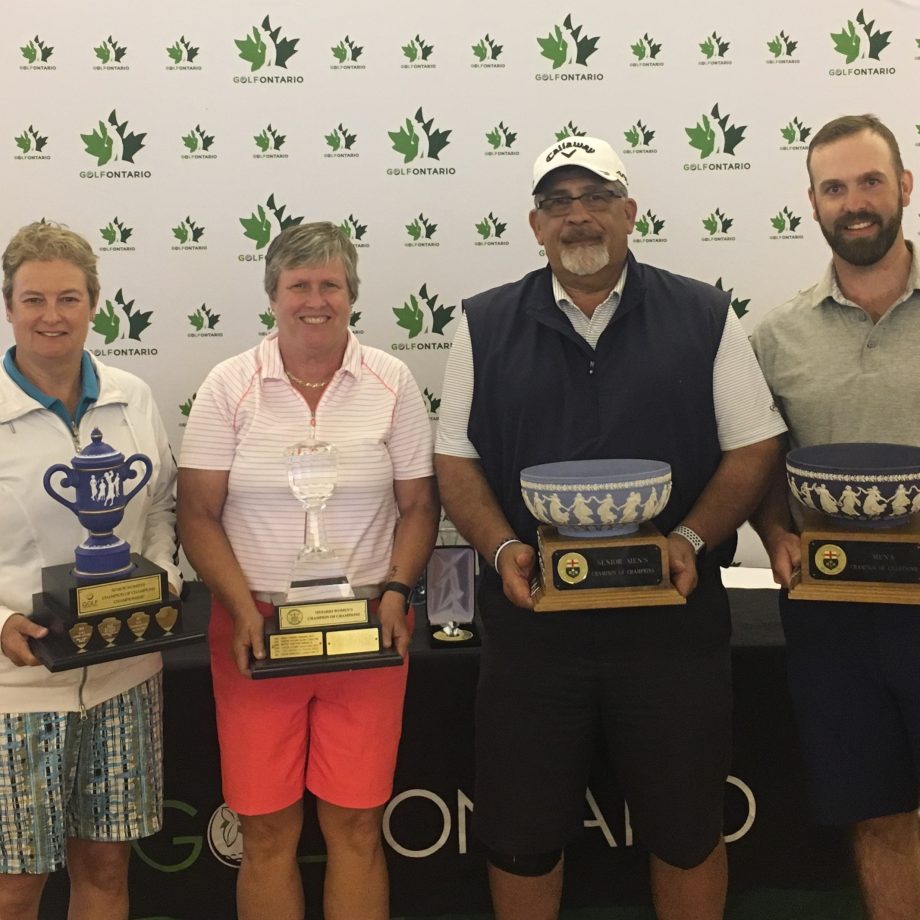 Mike Kelly, Executive Director of Golf Ontario, explained that “We are excited to have held this event at Spring Lakes Golf Club this year highlighting the efforts of exceptional golfers.  Having won their respective club championships, these golfers come to the championship playing at an extremely competitive level, today was a great way to highlight the efforts of these golfers”.

In the men’s category, David Lang of Donalda Club finished in 1st -4 for a score of (68) followed by Jake Adams from Thames Valley Golf & Country with -3 (69), while Kyle Gordon of Coppinwood and Dave Bunker of Brampton GC finished -2 with (70).

In the senior women’s category, Gail Pimm of Whitevale GC finished +4 (75) for first place, followed by a two-part tie for 2nd place, held by Sandy Byckowski from Brampton GC and Sandra Billyard from Port Colborne Golf & Country with +7 (78).

In the women’s category, Mary Ann Hayward of St. Thomas Golf & Country club finished at par with a 71, followed by Kelsey Sear of York Downs Golf & Country who finished +1 (72). There was a two-part tie third place between Sarah Thompson of Thornhill Club and Jillian A Friyia of Highland Country Club who finished +7 (78).

About the Champion of Champions

Since 2006 the Ontario Women’s Champion of Champions event has been contested annually and features female club champions from Golf Ontario member clubs across the province. Past champions include Brittany Marchand, Stefani Markovich, Julia Hodgson, Elizabeth Tong and Mary Ann Hayward.

The Ontario Senior Men’s Champion of Champions was first contested in 1970 and features senior men’s club champions age 55 and over from Golf Ontario member clubs across the province. Past champions include Nick Weslock, Ed Ervasti and Patrick Suraj, who won the event a record six-times.

2018 is the first year that all categories of the event were combined and held on one day at one location, this year, that location was Spring Lakes Golf Club.

Golf Ontario would like to thank Spring Lakes Golf Club and their staff for helping to host an excellent event. We would also like to thank all of the golfers who participated in the event and made for a terrific competition for this event. Thanks also to the Golf Ontario volunteers for their continued support of golf in the province.

For more information, including the final leaderboard for all of the categories visit:

To view the photo album from the event click here.