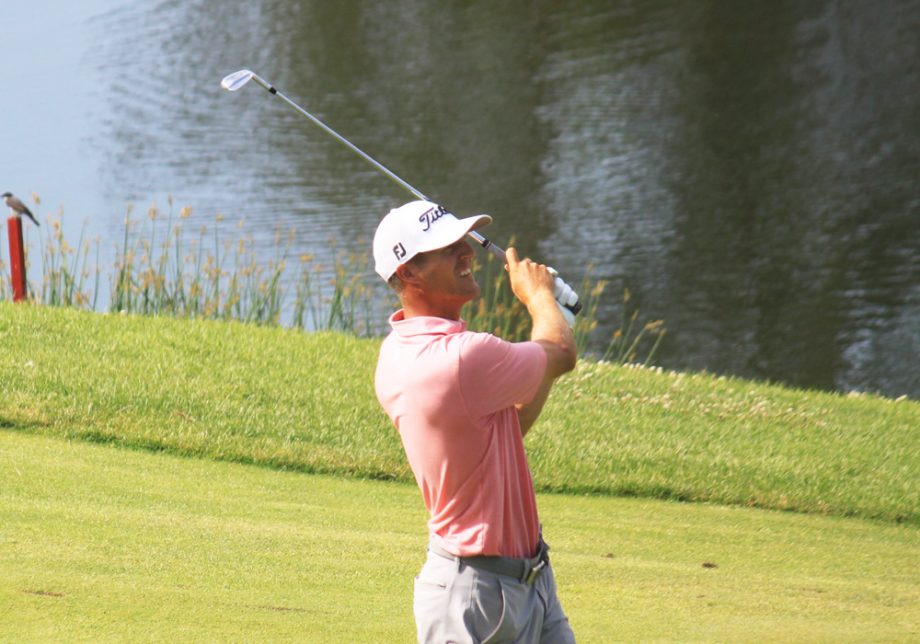 The second round of action at the Investors Group Ontario Men’s Amateur Championship took place today from the immaculate St. Thomas Golf and Country Club with some warm breezy conditions making for some challenging golf.

After day two the same name sits atop the leaderboard, Garrett Rank from Elmira Golf Club who shot a 2 under on his round today and finishes at seven under after two rounds. His round (69) started out with a two under front (34), with three birdies and one bogey and finished his back 9 with two birdies and two bogeys (35).

“I made a few more mistakes today being a little too aggressive on occasion but made some key putts within seven or eight feet” said Rank. Moving forward he added “I’m going to stick to my own game plan, control what I can control, try and play steady golf and have fun.”

An NHL referee when not on a course, Rank was a member of Golf Canada’s National Men’s Team from 2012-2014, and 2018 U.S. Open qualifier.  He also golfed with Team Canada in the Pan American Games in 2015, as well as winning the Investors Group Men’s Mid-Amateur Championship in 2015. Rank had a hat-trick at the Canadian Mid-Amateur championship, winning it three times in a row and finished runner-up in the 2012 U.S. Mid-Am. Winning the Canadian Mid-Am got him a ticket to three RBC Canadian Opens, making the cut in 2016.

Eric Shea of Brantford Golf and Country Club had a great day firing a five under (66) including a beautiful 15 foot birdie putt on his last hole to jump to one under for the tournament and now finds himself in second place. Eric Flockhart, a Golf Ontario Public Player sits in third with a plus one. Home turf native Greg McKegg of St. Thomas Golf & Country Club shot another solid round (74) and sits tied for fourth with Thomas DeMarco of Essex Golf and Country Club (73) with a plus two score. A big highlight of the day was made by Tristan Renaud, a member of Team Ontario who drained an incredible albatross on the par five 14th hole.