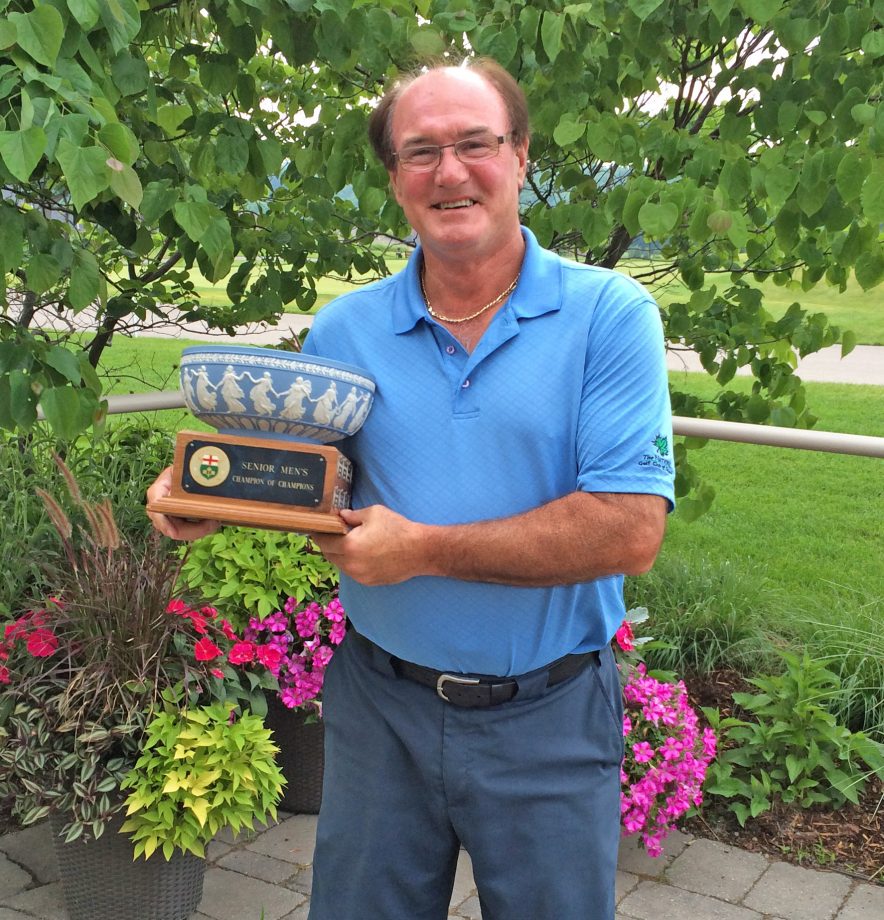 LONDON, ON — Bolton’s Dan Partland was the man to beat at the Golf Association of Ontario’s (GAO) Senior Men’s Champion of Champions on June 23 at the Riverbend Golf Community in London. Partland finished the day six-under (66) for a comfortable three-shot win.

The 60-year-old, who is a member of The National Golf Club of Canada and six-time course champion, topped the field of 64 senior men’s club champions from across the province with his dominant round.

The closest competitors to Partland were Bradford’s Tom Hodgins (Meadowbrook Golf and Country Club) and Stoney Creek’s Greg Adoranti (Glen Abbey Golf Club) who finished the day in a tie for second at three-under 69.

Just three other players finished the round under par as Pickering’s Christopher Kertsos and Listowel’s Robert Greer tied at two-under 70 and London’s Stephen Brodie ended the day one-under 71. Defending champion Rich Parsons, from St. Mary’s, was one of three players to finish at even par.

With the win, Partland earned an exemption into the GAO’s 2014 Investors Group Senior Men’s Amateur Championship Aug. 12-14 at Hunters Pointe in Welland.

The Ontario Senior Men’s Champion of Champions was first contested in 1970 and features senior men’s club champions age 55 and over from Golf Association of Ontario member clubs across the province. The Golf Association of Ontario would like to thank The Riverbend Golf Community for hosting the event and for their support of amateur golf in Ontario.