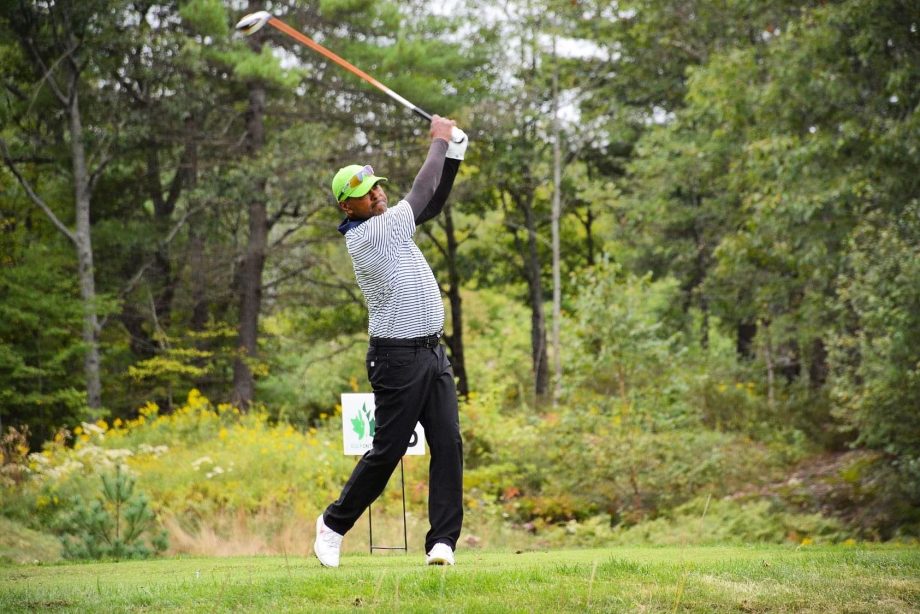 Gravenhurst, ON – Fall like conditions continued into round two of the Ontario Senior Men’s and Women’s Championship, presented by Durham Artificial Grass, at the dazzling Taboo Muskoka Resort and Golf. The challenging conditions have certainly made an impact on players, as they continue to fight the cold weather.

Remaining at the top of the leaderboard on the Men’s side, Ashley Chinner (Coppinwood) had a strong round with three birdies to hold his one-under par (141). Making moves today was three-time Ontario Men’s Mid-Amateur Champion, Dave Bunker (Cherry Hill Club), after an impressive performance of five birdies shots to move him from seventh to second with a two-over par total. Holding steady in third, Brent Hatton (Lively G&CC) shot a plus one to give him a 145 total heading into the final round.

Following the round, Dave Bunker said “the conditions themselves have been fairly challenging, as the course is very wet which sometimes makes it difficult to hit good and accurate shots with such the saturated turf”. Making four birdie shots on the last five holes, Bunker reflected saying “at the end I hit a lot of good iron shots fairly close to the greens, to make for pretty easy birdies putts. I was hitting the fairway and keeping the ball out of the rough to give myself more opportunities today”. Heading into the final round tomorrow, Bunker hopes “to make more birdies than anything and keep it under par for the round. I know Ashley very well and that he’s a good player who probably won’t make many mistakes, so I’ll have to be on top of my game right off the deck”.

On the Women’s side, the leaderboard saw quite a bit of movement with the top leaders changing positions. Taking over the lead following round two, Terrill Samuel (Weston G&CC) had a fantastic round of just one over par and a couple of birdies, to give her a three stroke lead over second (147). Both having tougher rounds were Mary Ann Hayward (St. Thomas G&CC) who fell to second (150), and Judith Kyrinis (Granite GC) fell to third (151).