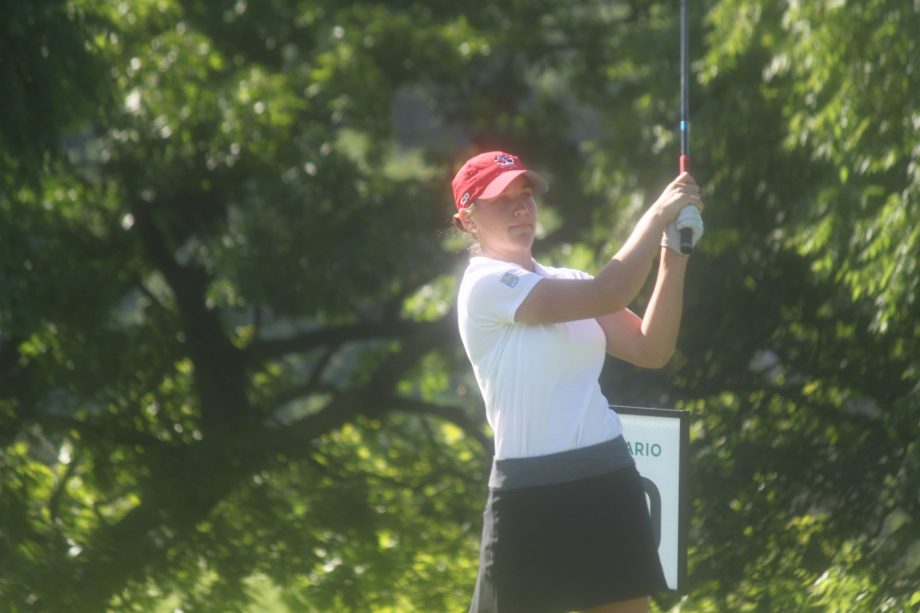 CAMBRIDGE, ON – The opening round of the Ontario Junior Girls Championship got underway this morning under gorgeous blue skies from Galt Country Club featuring the best female junior golfer in Ontario.

The weather didn’t take long to warm up and neither did Sarah Beqaj (Toronto Golf Club). Beqaj, a National Junior Squad member, was lights out firing a -6 (66), firing a bogey free, 4 birdie, 1 eagle round.

A thrilled Beqaj spoke of her play after the round. “My up and downs were really good today. It was a weird round but anytime I missed greens or got in trouble I’d find ways to make pars.” Beqaj credits spending time with Team Ontario Coach Reggie Millage last week working on her wedges. “I wanted to improve my short game to compliment the fact I’m hitting the ball farther than last year, and the course set up for a bunch of wedges today because of my longer ball striking.”

As for setting the course record, Beqaj had some flashbacks. “It gives me some Deja Vu from last year at the Junior Girls Championship as I set a course record as well but hopefully this championship ends up going better.”

Following on her heels are three member of Team Ontario, Alexis McMurray (Glen Abbey GC), Ashley Chow (The Lake Joseph Club), and Victoria Zheng (Granite GC) who also shot very well with 69, 70 and 71 respectively. Also sitting at -1 (71) is Erin Kim (Ladies GC of Toronto). The shot of the day however might have belonged to Sydney Foulon (Glen Abbey GC), who aced the 153 yard 16th hole.

The 112 year old course has been a premier private club in southwestern Ontario for many years. With tree-lined fairways, and challenging holes, the course was truly a test to the talented field. Play resumes Tuesday morning with split tees again commencing at 8am.