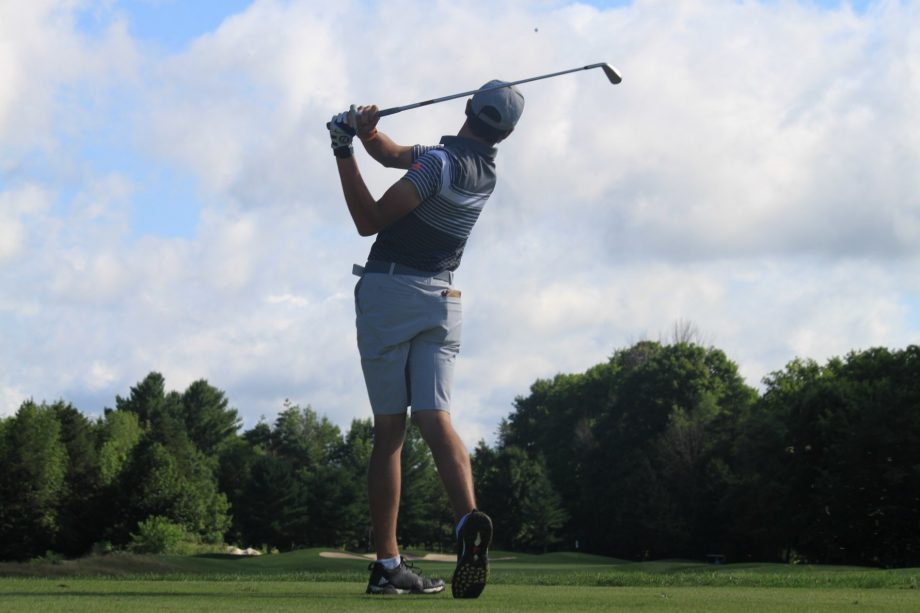 Southampton, ON – A beautifully sunny day greeted the players for round two of the Ontario Junior (U19) Boys’ Championship at Saugeen Golf Club. The competitive field continued to score low, with plenty of ties keeping the field tight. This evening, Golf Ontario will cut the field down to 42 plus ties.

The Junior (U19) Boys’ saw a switch in leaders, as Nolan Piazza (Cherry Hill Club) overtook the round one leader Yuqi Liu (The Country Club – West). Piazza completed his front nine two under and then went one under on the back, to finish off round two with a 69 (138). Liu fell to second place on the leaderboard with a second round 71 (139) to finish day 2 one stroke behind Piazza.  (139). Following a strong 69 yesterday, Ashton McCulloch (Cataraqui G&CC) finshed at even par 72 for the day  (141), holding onto third-place –  3 shots back of the leader.

Heading into round three, Piazza said “I’m going to keep hitting the same type of shots and hopefully sink more putts, but just keep it simple. From my practice rounds and round one, I’ve been hitting all the same clubs off the tees and have been focused on hitting the fairways and greens. I would say my long game has been better this week, but I’ve missed a few makeable putts”. Agreeing with most players, “the par threes are a little difficult as they’ve been giving everyone a hard time. As well, number twelve is a hard driving hole, and probably fifteen as well.”

As for the Juvenile Boys’, Ben MacLean (St. Catharines G&CC) fell to second on the leaderboard with three over on the front and one under on the back, finishing with 74 (144). Taking the lead was Ty Stansfield (Thornhill Club), with an even par on the front and an impressive four under on the back for a 4-under 68 (142). Tied for second with MacLean is Ellis Kinnaird (Mississippi), who fired a one-over 73 to follow up his opening round 71 (144).

With a strong round two, Stansfield said “I was pretty happy with my game today, and I’m looking to take the same game plan into round three tomorrow. I changed my game up a bit from yesterday, as I tried to hit more fairways off the tee to position myself better. I’ve been using a lot of irons and three woods to leave myself in a good position”.

Tee time for the third round is set for 7:30 a.m. For future results and information on the championship, visit the official championship page here.